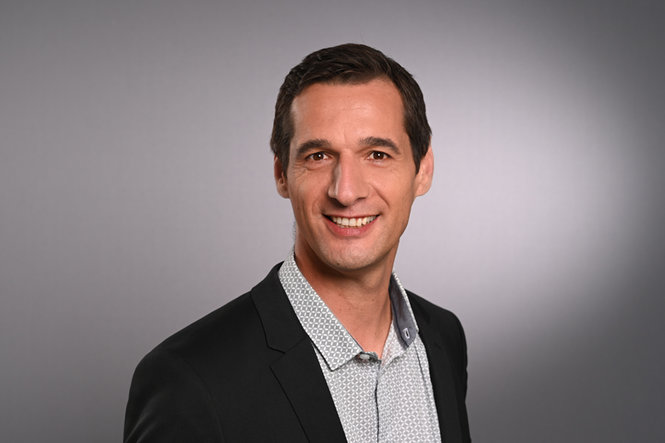 Frank Gauß, Head of Communications & Press Spokesman, Member of the Board of Directors

Frank Gauss (44) is the new Press Spokesperson, Head of Communications and member of the Board of Management at Messe Friedrichshafen. As of 1 October 2022, he is succeeding Wolfgang Köhle, who is retiring after playing a leading role in the trade fair organisation for 29 years.

Frank Gauss has been working at Messe Friedrichshafen since 2008, where he has been responsible for media relations in regard to a wide range of events and company matters. He was responsible for shaping the expansion of press relations into a full-fledged corporate communications department and took on additional responsibility when he was appointed as the Deputy Head of the department in 2015. After earning his degree in sports, media and communication sciences, he worked in the editorial departments of a variety of different media companies in the Munich area and took part in a traineeship followed by editorial work at ProSiebenSat.1 Media. He then made a move from the television industry to the trade fair world, coming to Lake Constance in 2008. His key projects here have included support for the communication activities of the leading trade fairs Eurobike and Aero.

"I am pleased that Frank Gauss will be allowing us to continue the very successful work of our press office and communications department while also enabling the launch of new initiatives. With his persuasive personality, his relevant expertise and his many years of experience as a communications professional, he brings with him precisely the capabilities required for this task. At the same time, I would like to extend my heartfelt thanks to Wolfgang Köhle for leading and shaping the press department with incredible commitment and dedication that spanned several decades,” says Klaus Wellmann, Managing Director of Messe Friedrichshafen.